Bandits who kidnapped a 21-year-old woman alongside others along Tapila-Gwada road, an area located in Shiroro LGA of Niger, have threatened to marry her off.  TheCable reported that the gunmen carried out the attack on the community which... 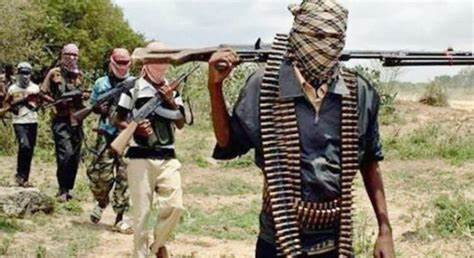 Bandits who kidnapped a 21-year-old woman alongside others along Tapila-Gwada road, an area located in Shiroro LGA of Niger, have threatened to marry her off.  TheCable reported that the gunmen carried out the attack on the community which is close to Minna, Niger’s capital city on the evening of Saturday April 16.  The bandits who initially demanded a ransom of N2 million, lowered their demand to N1.7 million after speaking with the girl’s parents on Tuesday night. They reportedly asked parents of the abducted girl identified simply as Deborah, to pay N1 million in cash and buy a motorcycle for N750,000 for them. Theresa, the woman’s aunt said;  “These people are asking for N1 million ransom, buy a bike worth about 750,000 and pay the person that would come to collect the cash, or else they would marry her off to one of them.“For over an hour they were on the phone and my brother was begging them, he was crying.” Wasiu Abiodun, spokesman of the police command in Niger who commented on the attack, said they were able to repel the attack and restore normalcy to the community. Abiodun said;  “However, details of the incident are still sketchy while reinforcement has been dispatched to Gwada and normalcy has been restored”The post Bandits threaten to marry off 21-year-old woman if parents fail to pay N1.7m ransom appeared first on Linda Ikeji Blog.

Taliban to ban TikTok 'because it promotes violence'

Nina flaunts her curves in figure-hugging dress with crotch-high...