CIA Director William Burns said China’s rise on the world stage poses the most serious challenge the agency has ever faced Read Full Article at RT.com 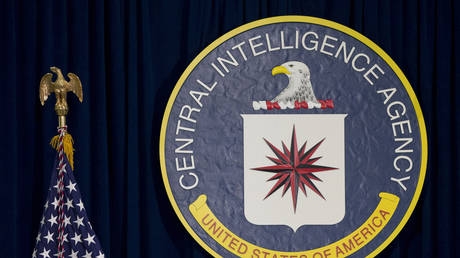 The intelligence boss called Beijing the “greatest challenge,” while noting the “nuclear threat” posed by Russia

CIA Director William Burns has outlined the major threats facing the United States, pointing to China’s rise on the world stage and Russia’s ongoing military offensive in Ukraine as the top challenges, while declaring that US intelligence has entered a “new era.”

Speaking at the Georgia Institute of Technology on Thursday in his first public speech ever as the agency's head, Burns argued that “an increasingly adversarial China and a pugnacious and revisionist Russia” have forced the Langley to “reimagine itself to compete successfully in this new age.”

“Xi Jinping’s China is our greatest challenge, in many ways the most profound test the CIA has ever faced,” Burns continued. “As an intelligence service, we have never had to deal with an adversary with more reach.”

It seeks to overtake us in literally every domain, from economic strength to military power, and from space to cyberspace.

Calling China a “silent partner” in Russia’s “aggression” against Ukraine, the intelligence chief also warned that the ongoing military operation posed an “immediate threat,” suggesting that “desperation” on the part of President Vladimir Putin could trigger a nuclear exchange.

However, Burns also noted that despite “rhetorical posturing” from Moscow – which placed its nuclear forces on a higher alert status soon after launching its attack on Ukraine in late February – US intelligence agencies “haven't seen a lot of practical evidence of the kind of deployments or military dispositions that would reinforce that concern.”

Since taking office, US President Joe Biden has repeatedly presented China as Washington’s top adversary, continuing a series of hostile policies carried over from the Trump administration. American warships have been regularly deployed to disputed waters in the South China Sea, and have made near-monthly transits of the Taiwan Strait despite vocal objections from officials in Beijing.

READ MORE: US comments on possibility of China attacking Taiwan

Russia has also figured prominently in rhetoric from the White House, which has only intensified in recent months. Biden has accused his Russian counterpart of war crimes and “genocide,” even appearing to demand regime change in a speech last month.

How “zero-Covid” changed China — and the world