A toddler has lost the ability to walk and speak after she was diagnosed with a rare form of a dementia when she was born. Florence Swaffield was able to walk when born.She even ran down the aisle with the rings as the flower girl at her parent’s... 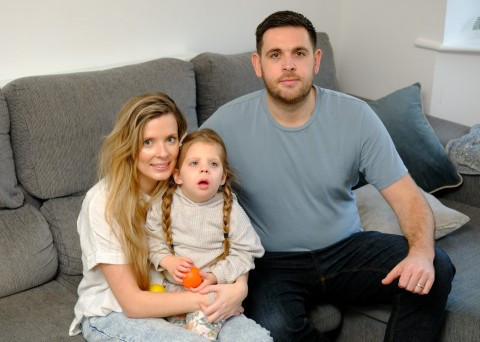 A toddler has lost the ability to walk and speak after she was diagnosed with a rare form of a dementia when she was born. Florence Swaffield was able to walk when born.She even ran down the aisle with the rings as the flower girl at her parent’s wedding in September 2021.But just months later her condition became worse to the extent she fell over 100 times a day and she has lost some of her communication skills.Her parents say she is now only able to say ‘uh oh.' 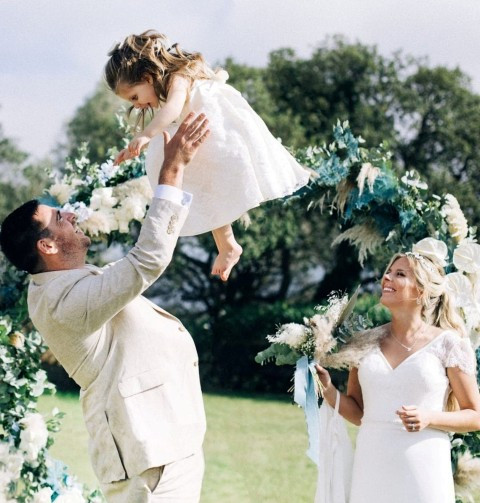 She has been diagnosed with CLN2 Batten’s disease, which currently has no cure. Those who have it have a life expectancy of between six and 12 years, meaning without medical developments Florence is unlikely to grow.The doctors say as the disease develops, it will see her revert to a baby-like state as she loses the ability to communicate, walk and eat or drink independently.Clinging on to a faint hope, Florence’s mum says her little girl is a cheeky, funny character who is ‘full of life’ and has ‘the most infectious belly laugh’, and she says she’s determined to do ‘whatever it takes’ to give her ‘the best life possible’.Pheobe, a government worker for the Department for Transport from Coventry, West Midlands, said: ‘The video of Florence running down the aisle and giving he rings to Joe is just priceless to us.‘In a way, we are thankful that we were oblivious to Florence’s condition as we were able to make such special memories together that we will cherish for the rest of our lives.’ Series of tests carried out on her revealed that she had CLN2 Batten disease, and had passed it to Florence unknowingly.Her disease is so rare that it only affects up to 50 people in the UK.But Florence also has another rare genetic complication, as tests showed she also has Ververi-Brady Syndrome, a condition characterised by mild developmental and speech delay. This was confirmed as a spontaneous mutation. Her parents say she is the only person in the world with these two mutations occurring simultaneously. Phoebe said: ‘We were trying to make the doctors understand that Florence was not like other children her age, but I just felt really unheard and out of control.’ ‘I just didn’t know life could be so cruel, and I didn’t think it could happen to our family,’ her mum, Phoebe said.As part of her treatment, Florence receives an enzyme infusion every two weeks at Great Ormond Street Hospital, London, which she will have to undergo for the rest of her life.There is a faint hope that gene therapy will become available and help her treatment , but the treatment is only in the research phases in the US as clinical trials are yet to be approved by the Food and Drug Administration (FDA).The post Family devastated after their baby diagnosed with dementia at the age of three loses ability to walk appeared first on Linda Ikeji Blog.

When this strike is over, a large number of our lecturers...

Man found guilty of raping schoolboy he agreed to accommodate...

Fundamentalists now use blasphemy as excuse to kill Christians...