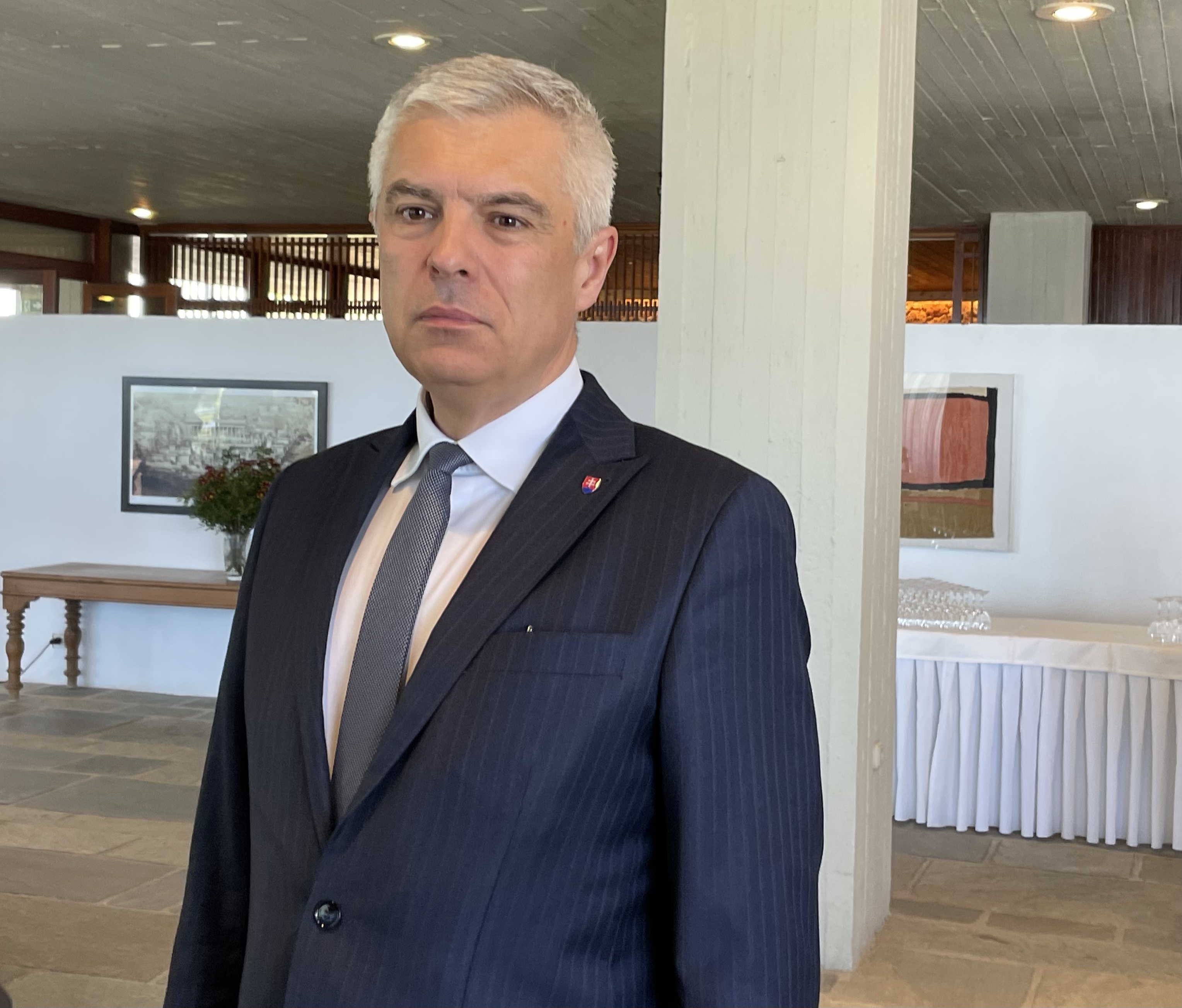 “We very much favor the European Union’s improved ability to act individually but not at the expense of transatlantic link because NATO remains the most important and becomes even more important institution of collective defense,” Korcok said in Greece.

Since Russia invaded Ukraine on February 24, NATO has deployed troops along its eastern flank, including Slovakia.

Regarding Russian President Vladimir Putin’s threat to cut off natural gas supplies to Western countries that refuse to pay in rubles, Slovakia’s Foreign Minister said it’s important for the European Union to have a common stance. “It’s key because, with this particular request presented by Russia, they are simply again demonstrating that they are not living up to the conditions of the contract,” Korcok said.

“If contract, in our case, is concluded and the payment foreseen is in euros or in dollars in other countries then we have to stick to that and we see no reason to accepting this Russian change of payment. Unity is absolutely key,” he added.

Asked if the EU should negotiate as one with energy suppliers, including Russia, Korcok said, “When it comes to future procurement of gas and oil, I would very much favor a joint position. Look how successful we were with the vaccines”.

Taiwan trip was 'totally worth it' – Pelosi

Jewel of the Caucasus: Why Armenia and Azerbaijan continue...