Bandits have killed four persons and abducted many others in communities near Gwada in Shiroro Local Government area of Niger State.  The communities attacked including Chiri, Kwakwa, Jewi and Kadna, which are less than 50 kilometres from Minna,... 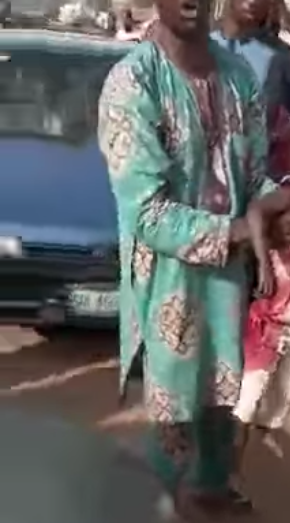 Bandits have killed four persons and abducted many others in communities near Gwada in Shiroro Local Government area of Niger State.  The communities attacked including Chiri, Kwakwa, Jewi and Kadna, which are less than 50 kilometres from Minna, the State Capital. The terrorists attacked Kadna community at about 7:pm on Saturday, April 16, when Muslims were breaking Ramadan fasting.  It was gathered that the bandits stormed the village on motorcycles each carrying no fewer than two to three passengers and fully armed with AK47 rifles. Among those killed were two women including two kids of which one of them was the child of one of the deceased women. According to an eyewitness from the area, child was shot in the head and died instantly with the skull scattered. While many of the villagers ran for safety into the bush, many others were unlucky as they ran into the waiting hands of the bandits and were abducted and led into the bush. Many Cattles were also reported to have been rustled by the bandits.  Daily Trust further gathered that a police officer was among those who lost their lives in the attack. The gunmen also targeted a truck conveying villagers from Erena town to Gwada where hundreds of IDPs are presently staying and fired bullets at them at close range. A two-year-old girl travelling with her mother from Minna to Erena was shot by bandits operating on Gwada-Zumba road.   The driver of the vehicle and several other occupants were reportedly abducted while the baby was taken to a hospital in Gwada. Spokesman of the state police command, DSP Wasiu Abiodun, who confirmed the incident said the Police were aware of the invasion but were silent on the number of casualties. "On 16/04/2022 at about 1900hrs, information was received that armed bandits attacked Kadna village via Gwada, Shiroro LGA," he stated.  "Police tactical team and other security agencies with vigilante were mobilized to the area and the hoodlums were repelled. However, details of the incident are still sketchy while reinforcement has been dispatched to Gwada and normalcy has been restored,” the statement added.  The post Four killed, scores abducted as bandits attack communities in Niger State (video) appeared first on Linda Ikeji Blog.

Davido reacts to his sleeping meme that has gone viral