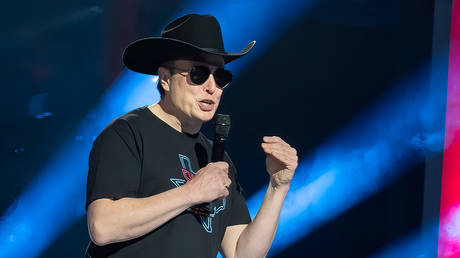 Billionaire Elon Musk has responded to Saudi Prince Al Waleed bin Talal, after he refused to sell his stake in Twitter under the terms proposed by the South African. The Tesla CEO made an offer to buy out the country for $41 billion, and the Saudi entrepreneur was the first major stock owner to say no.

Responding to Al Waleed’s public rejection of the bid, Musk tweeted two questions: “How much of Twitter does the Kingdom own, directly & indirectly?” and “What are the Kingdom’s views on journalistic freedom of speech?”

The Saudi businessman, one of the richest men in the Arab world, invested $300 million in Twitter in 2011. In 2015, after the company went public, he reported owning around 5% directly and through his firm, Kingdom Holding Company. He is currently estimated to own 4.4% of Twitter’s stock.

Musk became one of the largest Twitter shareholders after buying a 9.1% stake, a fact that he disclosed earlier this month. He rejected a seat on the company’s board and instead went for a hostile takeover.

He offered to buy out Twitter at $54.20 per share, well above its current market price of around $45. Al Waleed said on Thursday the offer does not reflect the “intrinsic value” of the platform if growth potential is considered.

The Vanguard Group currently holds the biggest stake in the microblogging service, according to the latest filing with the US Securities and Exchange Commission. It owns 10.3% of the firm.

Musk is a longtime Twitter user and has commented repeatedly on the company’s increasingly restrictive rules on what kinds of speech are allowed on the platform.

Many fans of Musk have been hoping that with him in charge, Twitter could roll back many of its restrictions and return to being a platform for free speech. Many critics of Musk’s move, however, say the platform needs to do more to censor what they deem ‘misinformation’, fearing that Musk could undermine that goal.

Japan's former PM Abe has died after being shot - local...