New Zealand has allowed extradition to China in a murder case for the first time in its history Read Full Article at RT.com 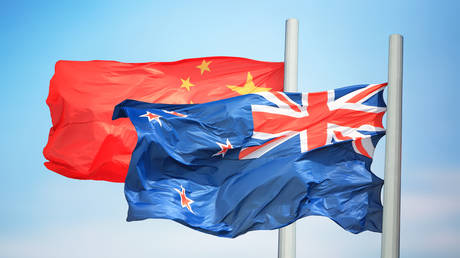 Beijing has given enough guarantees of fair trial in case of a man accused of murder in China, judges have ruled

New Zealand’s Supreme Court ruled on Wednesday that China has been able to provide it with sufficient assurances that a suspect in a murder case it wants extradited would face a fair trial and will not be subjected to torture. A man living in the country has been accused of killing a woman in China more than a decade ago.

“If no substantial grounds exist for believing an individual accused is at risk of torture because of the assurances provided, the individual should not avoid prosecution for a serious crime,” the court has said. New Zealand has no formal extradition treaty with Beijing and has never previously extradited any suspects to China. It has also suspended its extradition treaty with Hong Kong in 2020.

The suspect in the case is a South Korean citizen identified as Kyung Yup Kim, who moved to New Zealand more than 30 years ago together with his family, when he was 14. He is accused of killing a waitress and sex worker in Shanghai in 2009 when he travelled to China to visit his then girlfriend.

Kim was arrested in 2011 when Beijing requested his extradition and spent more than five years in pretrial detention in New Zealand as well as another three years under electronic monitoring, effectively becoming the longest-serving prisoner in modern New Zealand, who has not faced a trial.

Kim himself maintains he is innocent while his lawyers plan to prevent his extradition by filing a complaint with the UN Human Rights Committee. They also plan to file a fresh judicial review, pointing to their client’s poor health, which includes severe depression, a small brain tumor as well as liver and kidney disease.

The lawyers also argue that the New Zealand consulate in Shanghai will not be able to provide sufficient monitoring in this case despite Beijing’s assurances that Kim will be put into custody in Shanghai and potentially serve his sentence there, also, if found guilty. The consulate staff would be allowed to visit him at least every second day before his trial and at other times when requested, according to media reports.

If the appeals of Kim’s lawyers prove unsuccessful, his extradition would rest with New Zealand’s justice minister, Kris Faafoi, who has not commented on the issue so far.

EU weighs in on visa restrictions for Russians