Operatives of the Kano State Police Command has arrested a fake soldier, Chidera Anuna, for extortion.  Spokesperson of the command, SP Abdullahi Kiyawa, who disclosed this in a statement on Wednesday, June 8, said the suspect belong to a syndicate... 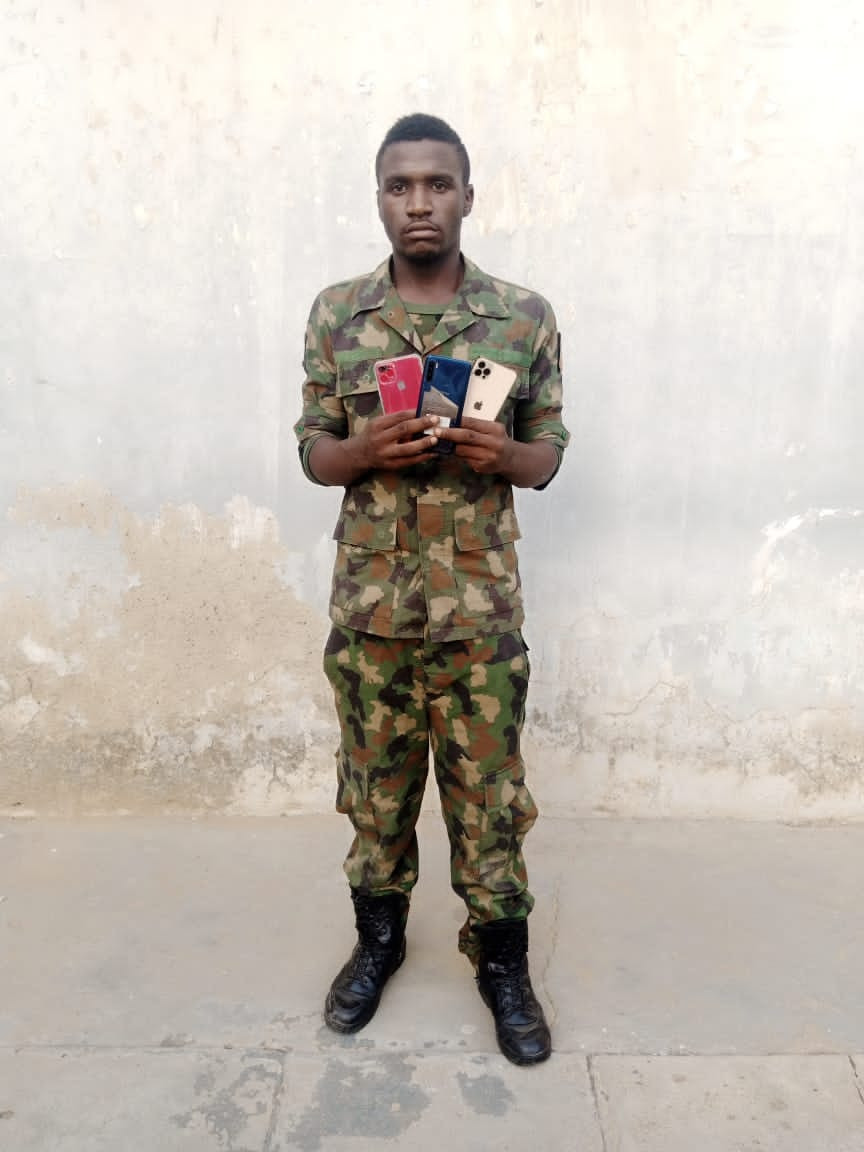 Operatives of the Kano State Police Command has arrested a fake soldier, Chidera Anuna, for extortion.  Spokesperson of the command, SP Abdullahi Kiyawa, who disclosed this in a statement on Wednesday, June 8, said the suspect belong to a syndicate that specialized in extorting individuals in the state.  "Between 01/03/2022 and 30/03/2022, reports were received that a syndicate of two used to parade themselves as soldiers, robbed and extort money and other valuables from individuals at night hours within the Sabon Gari Area of Kano State," the statement read. "Furthermore, on the 30/03/2022, one Joseph Ifeanyi Usalo, 'm' of Kofar Ruwa Market Kano complained that the same syndicate including one Miracle Nnamoko, 'm', with one other dressed in Military Camouflage, went to his shop located at Kofar Ruwa Market, intimidated and forced him to transfer the sum of Twenty Thousand Naira (N20,000:00) into Miracle Nnamoko's bank account and the sum of Thirty-Five Thousand Naira (N35,000:00) into an account bearing Chidera Anuna. "They also made away with his iPhone 12 Pro Max Mobile phone valued at Seven Hundred and Eighty Thousand Naira (N780,000:00) and also retrieved the password of the mobile phone from him. "On receipt of the reports, the Commissioner of Police, Kano State Command, CP Sama'ila Shu'aibu Dikko, fsi raised and instructed a team of Operation Puff Adder led by CSP Alhaji Ado Salisu to carry out continuous intelligence-led Surveillance Operations in the area. "On 08/04/2022, Miracle Nnamoko, 'm', of Belatus Road, Sabon Gari Quarters Kano was arrested. He confessed to the crime and mentioned Chidera Anune, 'm', that owned the camouflage as his accomplice. He was investigated and charged to Magistrate Court Number 64 Ungogo for prosection. Whereas, the search for Chidera is continuous. "On 31/05/2022, Chidera Anuna, 'm', was arrested by the personnel from 455 Base Services Group, Nigerian Air Force Kano, dressed in suspected Military camouflage at Sabon Gari Quarters Kano and handed over to Kano State Police Command. "On investigation, Chidera was found in possession of two iPhones Mobile Handsets and an Infinix Mobile Phone suspected to be robbed. He also confessed to the crime and confessed that he is neither a military officer nor any security personnel. The suspect will be charged to court upon completion of the investigation."  Meanwhile, the Commissioner of Police, Kano State Command, CP Sama’ila Shu’aibu Dikko,  further warned that criminals will have no hiding place in Kano State. 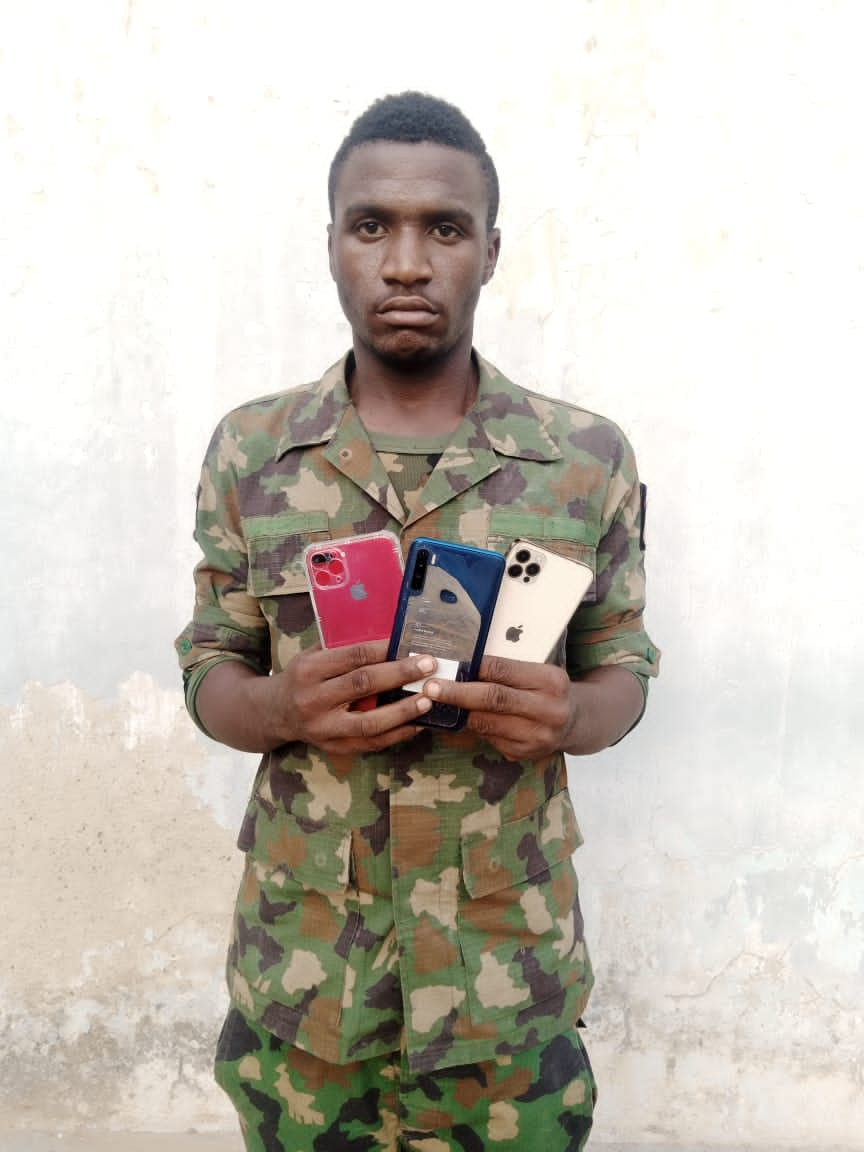 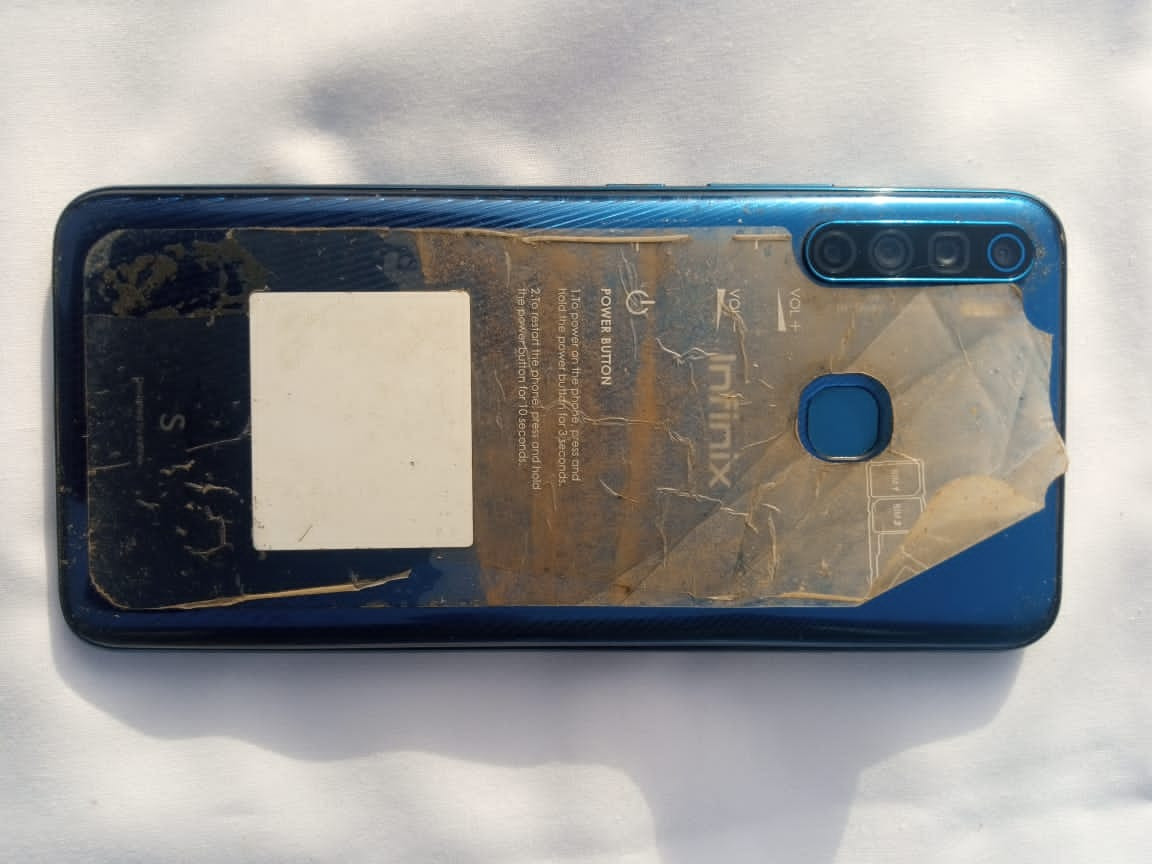 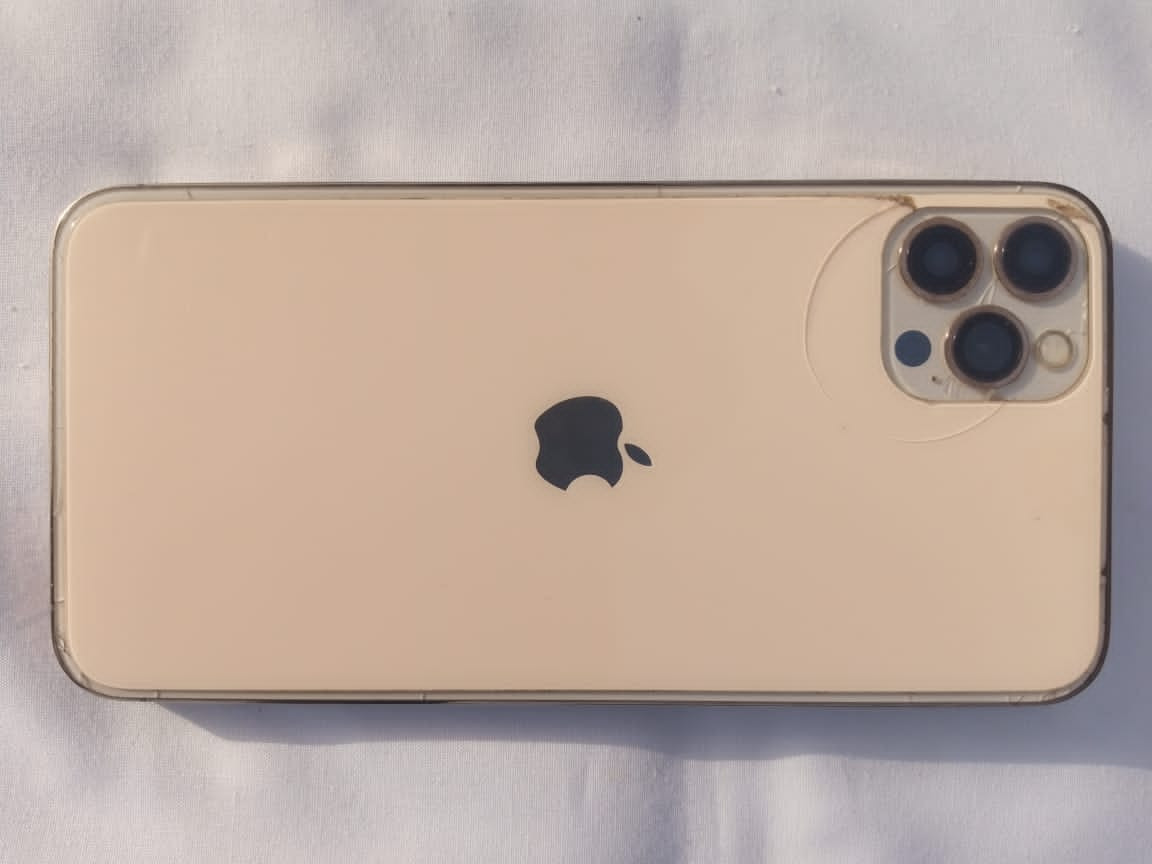 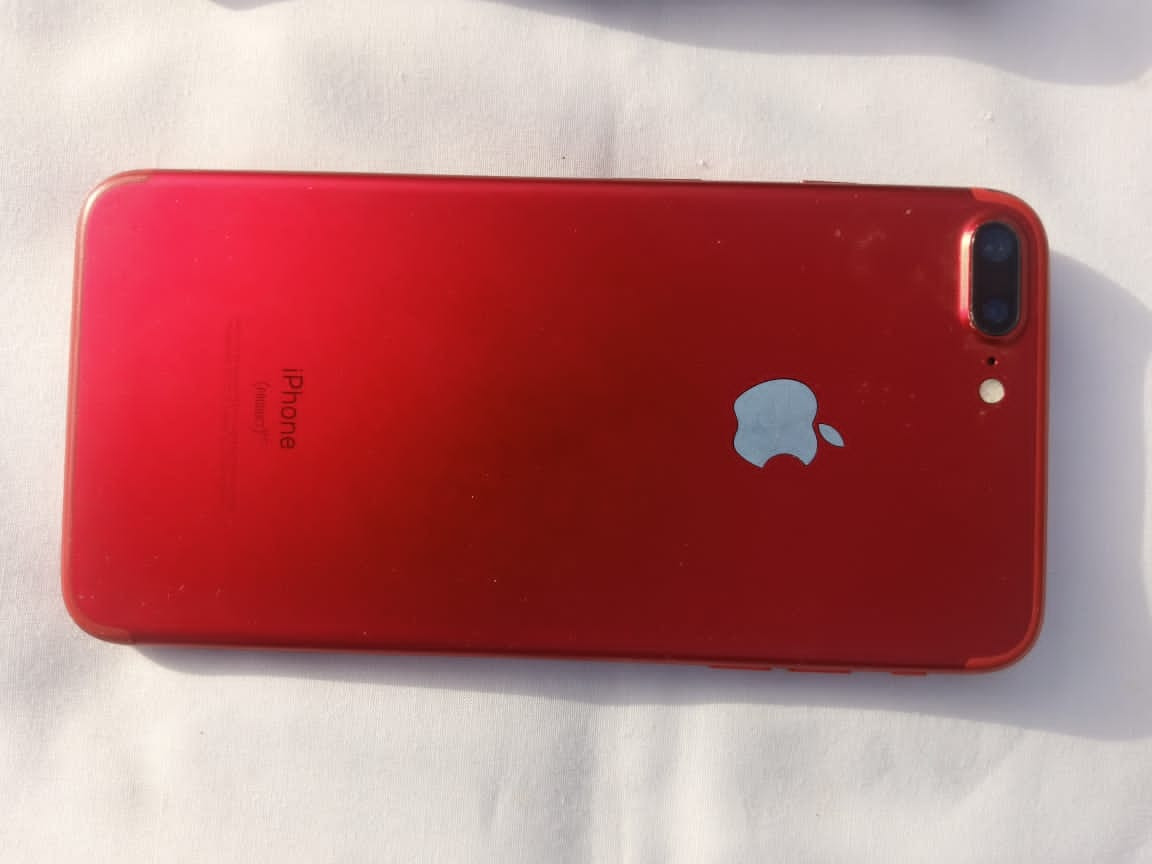 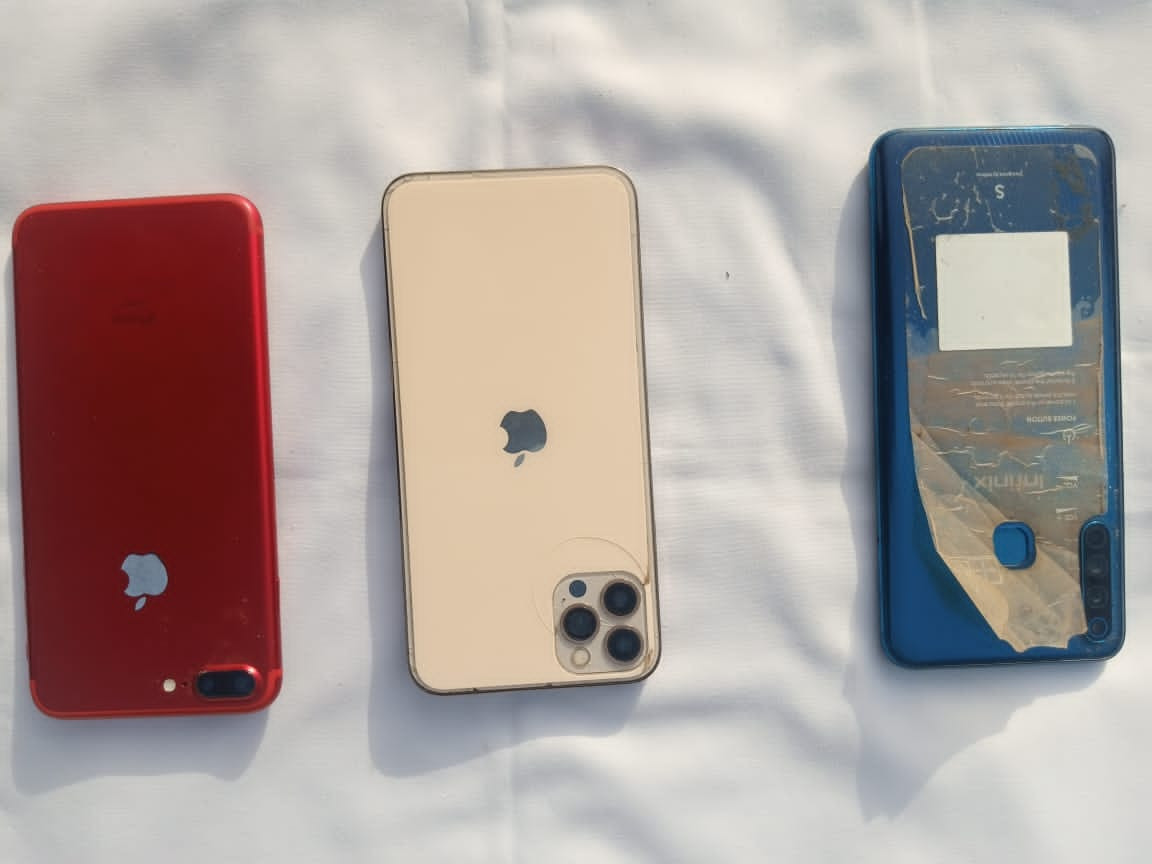 It is now clear that when the wicked rule the people perish. I shouted this in 2015....

Five people including a child killed in car crash in Anambra