The Zamfara State Police Command has arrested seven suspects including a notorious female gunrunner supplying arms and ammunition to a bandit leader, Dawa. Addressing newsmen on Thursday, December 1, 2022, at the command headquarters in Gusau,... 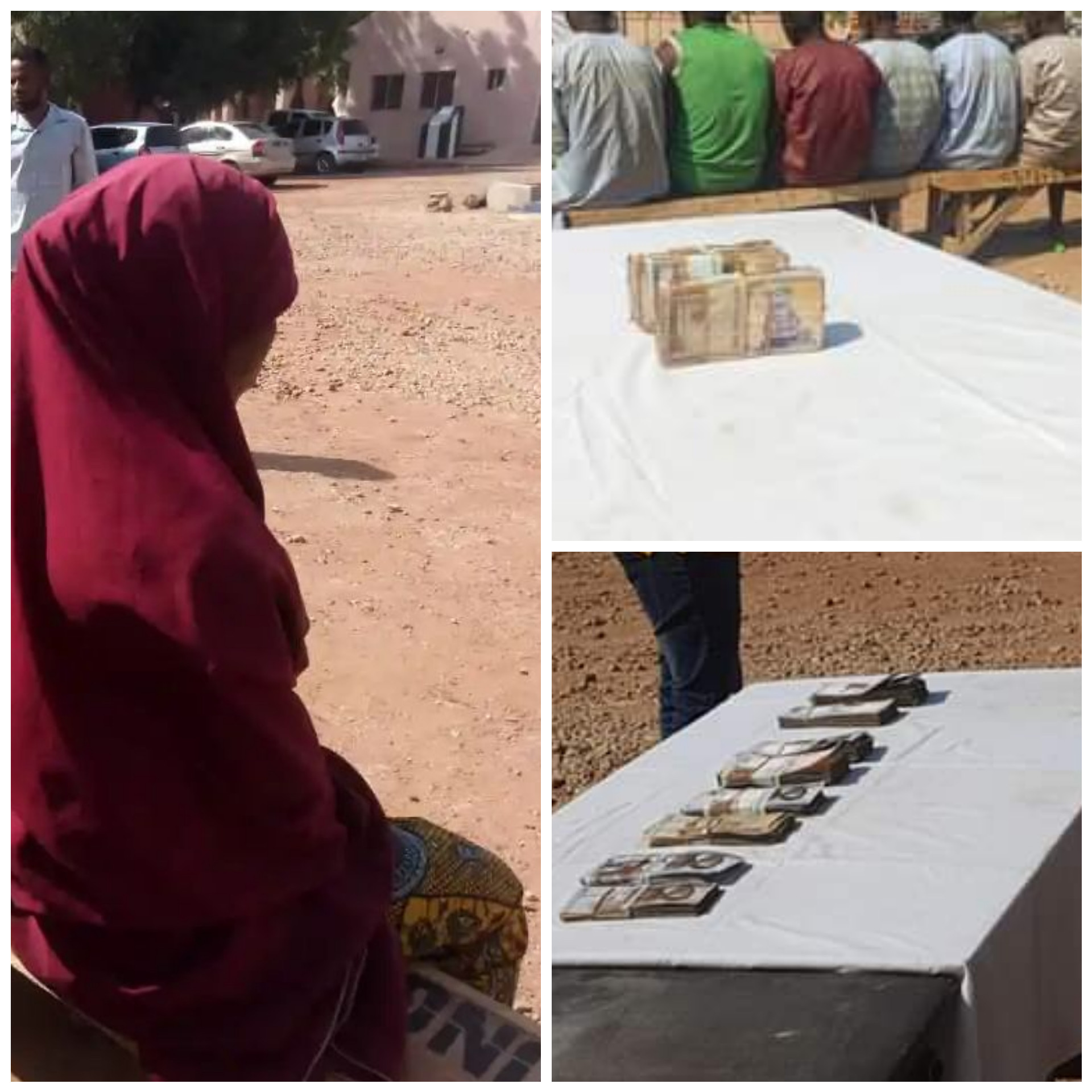 The Zamfara State Police Command has arrested seven suspects including a notorious female gunrunner supplying arms and ammunition to a bandit leader, Dawa. Addressing newsmen on Thursday, December 1, 2022, at the command headquarters in Gusau, the Police Public Relations Officer, SP Mohammed Shehu, said the police tactical team also rescued 15 kidnapped victims after spending 50 days in captivity. The PPRO further revealed that six suspects were arrested for posing as bandits to place levies on their host communities. The suspects are; Jamilu Mohammed of Gadar Manya village, Zayyanu Barmo of Manya Babba village, Abubakar Usman of Mandau Village, Lauwali Girkau of Girkau village, Sala Girkau of Girkau village and Abubakar Yahaya of Tungar Mani Village. The sum of seven hundred thousand Naira, part of levies they collected from the villages were recovered from the suspects.  "On 29th November, 2022 at about 1615hrs, Police Tactical operatives arrested 6 Suspects who pretended to be bandits to place levies on their host communities. As a result, they collected millions of Naira through a bank account they created for this purpose," the PPRO stated. "In the course of investigation, all the suspects confessed to the crime and further stated that part of their criminal activities was to send threatening message to the villages asking to contribute and pay money to them or face attack "They further confessed to receiving millions of Naira from five different communities. Discreet investigation led to the recovery of the sum of Seven hundred thousand Naira as part of levies they collected from the affected villages. Effort is being made to make further arrest and recovery before being charged to court for prosecution,"  Speaking further, the police spokesman said that a female gunrunner, Game Abdulahi of Madachi village in Katsina State, who specializes in supplying arms and ammunition to bandits operating in Tsafe Local Government Area of the state was also arrested. "On 29th November, 2022 Police Tactical Operatives acted on intelligence information and arrested the above mentioned female suspect. The female suspect is a notorious Gunrunner that specialises in transporting Arms and Ammunition to a notorious bandit kingpin Known as Dawa. The said bandit kingpin has been a notorious bandit leader terrorising the innocent people of Zamfara and neighbouring states. The suspect confessed to her involvement in the crime. Investigation is in progress,"  Continuing, SP Shehu stated that the police tactical operatives in collaboration with vigilantes rescued 15 victims kidnapped in Katsina State and taken to Zamfara "Police Tactical Operatives in collaboration with Vigilante acted on intelligence information regarding the abduction of 15 victims by bandits terrorists at Dike village in Funtua LGA of Katsina State "The Police operatives on receiving the intelligence information mobilized to the location and conducted search and rescue operation at sabon garin Dustin Kaura forest in Danjibga district of Tsafe LGa. The rescue operation was successfully conducted, leading to the rescue of the victims hale and hearty "The victims were taken to the hospital for medical check, debriefed by the Police detectives and handed over to their families." The Commissioner of Police, CP Kolo Yusuf, while commending the Police operatives and vigilante for the successful rescue operation, congratulates the victims for regaining their freedom, and reiterates the Command's continuous determination to rid the state of criminal activities and apprehend criminal elements committing heinous crimes across the state. 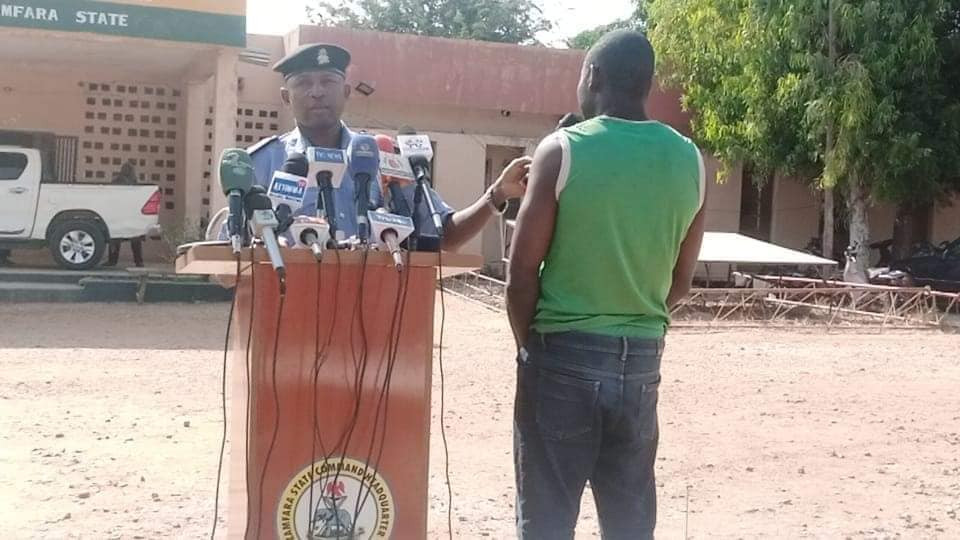 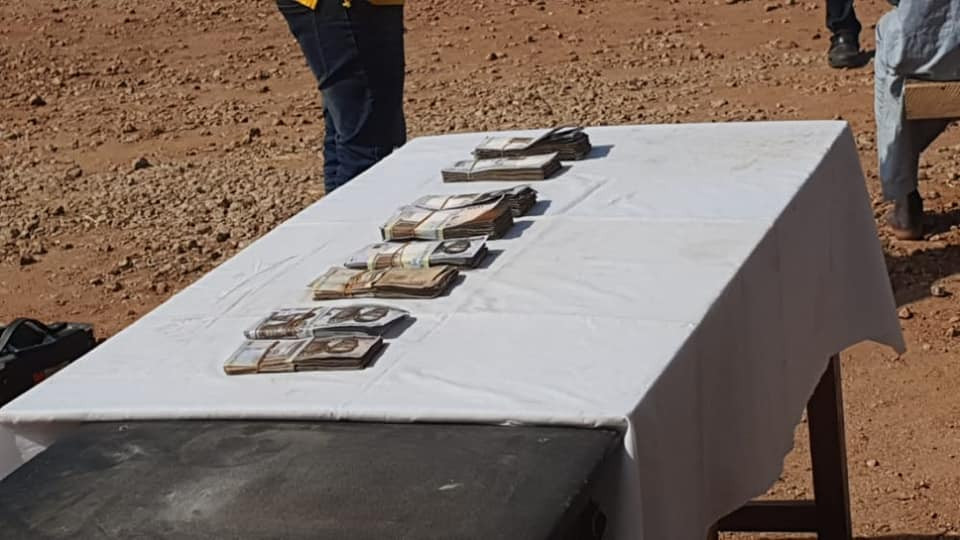 If you like pray, it wonât go anywhere - Stanley Nweze...

He went to a brothel one night, carried her home and got...

Grandfather attacked in his home by his domestic staff...