Legal luminary, Aare Afe Babalola, has advised the Federal government to postpone the 2023 general elections and set up a six-month interim government after President Muhammadu Buhari’s tenure. Speaking at a press conference in Ado-Ekiti on... 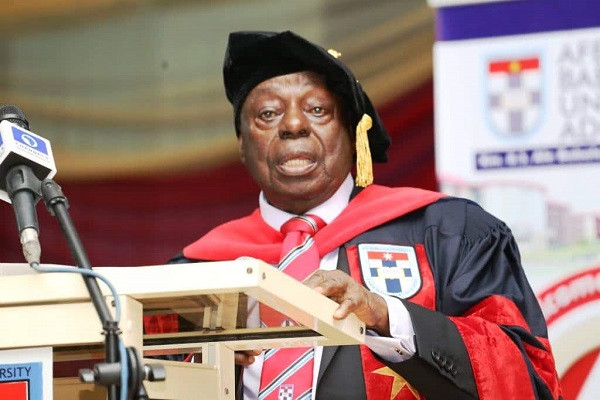 Legal luminary, Aare Afe Babalola, has advised the Federal government to postpone the 2023 general elections and set up a six-month interim government after President Muhammadu Buhari’s tenure. Speaking at a press conference in Ado-Ekiti on Monday, April 18, Babalola said the interim government's duty would be to produce a new constitution that would tackle insecurity, economic, political, and other excruciating ills bedeviling the nation. He averred that if the 2023 elections are conducted, it will recycle the same crop of leaders, who will plunge the nation further into bankruptcy, economic depression, and insecurity.“To save Nigeria from nose-diving into irretrievable bankruptcy and poverty, irreparable economic and political damage brought about by the 1999 constitution and its beneficiaries, a new constitution is imperative before any election.I, therefore, strongly advocate that we should postpone the 2023 elections until the Interim Government put in place after the expiration of Buhari’s government has put in place a new truly People’s Constitution.I am not in doubt that any election conducted under the 1999 Constitution and under the prevailing economic depression and insecurity will lead to a return of most of the failed leaders who are responsible for the near bankruptcy of Nigeria today.No election under this constitution will bring about young men, brilliant and intelligent Nigerians who want to serve without taking money. I suggest that there should be a body at the local, state and federal levels that will screen whoever wants to be elected not the so-called primaries they are doing now.”The post Postpone 2023 polls and set up an interim govt - Afe Babalola advises FG appeared first on Linda Ikeji Blog.

If your man is a booty lover, heâs a chronic cheat -...

12 killed as bandits and vigilantes clash in Plateau

The Kardashians/Jenners enjoy a family night out in Italy...