As Russia’s invasion of Ukraine moves into the third week, a broad network of financial, travel and trade sanctions has been established in fairly short… Read More » 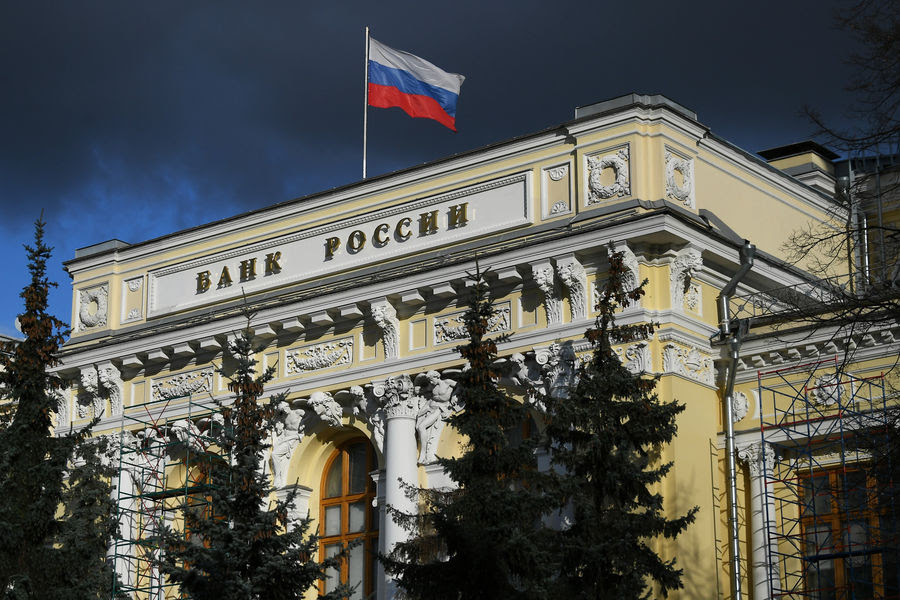 As Russia’s invasion of Ukraine moves into the third week, a broad network of financial, travel and trade sanctions has been established in fairly short order. More has been done in the past week with the US, UK and EU announcing supplementary measures.

For the leaders of key Western democracies, the hard part is just beginning.  In terms of policy, the task becomes the implementation of many of the sanctions which required new legislation and, in some cases, establishing new organizational structures to manage and monitor them.  In terms of public diplomacy, the main target becomes one of convincing the public in each country to stay the course without escalation to a broader set of military actions and/or provocative weapons transfers.  It’s far too early to talk about “sanctions fatigue” at this point, but in the coming months, this will become a critical issue.

When and if Russia is declared in default of its foreign payment obligations, possible as early as March 16, western leaders will have a tangible sanctions accomplishment that will for a while relieve political pressure. But only for a while.

New US, UK and EU measures

At this point in the sanctions campaign, we are witnessing two types of decisions. These would be the major strategic shifts, which are relatively rare, and smaller incremental sanctions packages adding a few additional measures or new sanctioned individuals/companies to the designated persons list like the EU’s new package adopted March 9 or the UK’s latest oligarch sanctions.

Measures involving Russian energy sales were thought to be completely off the table in the first phase of the sanctions campaign but this week the US, UK and EU took important steps to reduce Russian energy purchases, further limiting their partially frozen foreign currency reserves.  The US and UK have completely banned Russian petroleum product imports, causing complications for shipments already en route and for global shipping in general.  While strictly speaking they are not sanctions, these steps are clearly part of the broader campaign.

The EU announced with great fanfare its own accelerated plans to boost renewable energy production (REPowerEU) and a strategy of using these sources to reduce Russian energy purchases over time as a major objective.

The withdrawal of Western firms from their Russia-based commercial operations has accelerated in recent days.  On top of signature retailers and fast-food providers shutting down, Western financial mechanisms (credit cards, payment systems) also announced the suspension of most of their Russia operations.  Key among those were Visa, Mastercard and American Express.  Russia-issued cardholders can still use the cards domestically until they actually expire, but international transactions have been blocked.  A number of Russian holidaymakers abroad found themselves trapped without access to funding as a result of these steps. Paypal and Xoom have also suspended most operations involving Russia.

While many energetic young reporters have set their sights on finding and exposing hidden Russian oligarch assets such as real estate and mega-yachts, the aggressive Western hunt President Biden mentioned in his recent State of the Union address is proceeding rather slowly.  Countries like Turkey and the UAE have developed reputations as temporary safe-havens, and more often than not shell companies established by top-flight law firms conceal asset ownership to a sufficient degree that obtaining the requisite seizure/freeze orders has become a difficult challenge.

The UK has been somewhat more aggressive in recent weeks due in part to public resentment about the decades-long provision of exclusive financial services in London supporting oligarchs AKA “The London Laundromat.”  The UK’s Economic Crimes Bill, coming into force in mid-March, is said to allow the UK Government to move further and faster than ever on sanctions enforcement, including the ability to deflect expensive countersuits for damages filed by oligarchs’ lawyers.

As if to demonstrate its new tougher position, the UK announced March 10 new sanctions against seven oligarchs including Roman Abramovich, Oleg Deripaska and Rosneft CEO Igor Sechin. Abramovich, owner of Chelsea Football Club in the UK, is seen as the poster child for several Russian oligarchs who are now deeply enmeshed in the UK economy.

Aviation sanctions and the question of aircraft leases

The game of global aviation ping pong involving airlines still flying to Russia has dominated recent news, along with the suspension of flights by the vast majority of Western carriers.  Aeroflot announced a temporary suspension of its international flights as of March 8, with its budget subsidiary Pobeda following suit.  Aeroflot flights continue to Belarus.

Russians caught abroad have been advised to arrange flights home transiting via countries that had not yet joined sanctions, such as Azerbaijan, Armenia, Kazakhstan, Qatar, the UAE, Turkey and Serbia.

Another emerging sanctions-related problem concerns the hundreds (500+) of modern aircraft from the West currently leased by Russian firms.  Under Western sanctions most of the leases have been set to terminate by March 28, provoking moves by some leasing firms to immediately take possession of their aircraft outside of Russia.  Moscow has prepared legislation prohibiting its companies from returning the aircraft if the leases are terminated.  This has produced a formula for years or even decades of legal maneuvering as well as potential bankruptcies of Western insurers if the planes are not returned.

Advice on new sanctions from Kyiv

Meanwhile, Kiril Shevchenko, Governor of the National Bank of Ukraine has suggested in a BBC interview that Russian funds frozen abroad be used for war reparations and post-conflict reconstruction.  He also threw out a list of seven possible new sanctions he argued would increase economic pressure on Moscow including:

–Expulsion of Russia’s central bank from the Bank for International Settlements (BIS), the grouping of central banks;

–Suspension of Russia and Belarus from IMF meetings, and blocking their access to assets issued by the IMF named Special Drawing Rights, “as these funds may be used to finance military action against our country;”

–The US and EU should instruct their banks to sever correspondent relationships with Russian banks;

–Trading and financial data platforms Refinitiv and Bloomberg should terminate access for Russian and Belarusian clients;

–Armenia, Kazakhstan, Kyrgyzstan, Tajikistan, Turkey and Vietnam should take steps to suspend the operations of the Russian payment system, Mir;

On March 10, Russia announced it was banning exports of medical, telecommunications, vehicle, agricultural, and electrical equipment, as well as some forestry products such as timber.  Other than imports, Russia’s participation in the global high technology product trade is insignificant and the impact of this ban will be very limited. The Russian export ban is not universal. Approximately 48 countries will be affected, including the US and the EU.  Export exemptions can be allowed for Georgia’s breakaway regions of South Ossetia and Abkhazia and for members of the Russian-led Eurasian Economic Union.

As if in response to the Kremlin, the US and EU announced March 11 that they will collectively take steps to strip Russia of its “Most Favored Nation” (relatively low tariff) trade status, paving the way for significant tariff increases on what little exports Russia might still allow to go to western markets. And so the economic noose tightens.