Turkey’s incursion into Iraq is about fighting terrorism and securing its own borders, not gaining new territories, President Erdogan said Read Full Article at RT.com 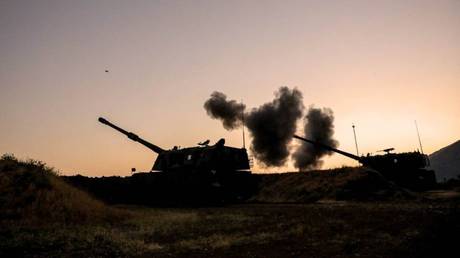 By sending its troops into Kurdish areas in northern Iraq, Ankara was looking to fight terrorism and secure its own borders, not acquire new territories, Turkish President Recep Tayyip Erdogan has said.

The aim of Operation Claw-Lock, which kicked off late on Sunday, was to “rid Iraqi lands of terrorists and guarantee the security of our borders,” Erdogan said during a parliamentary group meeting of the ruling AK Party on Wednesday.

The northern Iraqi regions of Metina, Zap, and Avasin-Basyan, where the operation is unfolding, have been used by the Kurdistan Workers’ Party (PKK) to prepare attacks against Turkey, he said.

The PKK, which is considered a terrorist organization by Ankara, has been fighting Turkish forces for decades, striving for greater autonomy for the Kurdish population.

“Turkey does not claim any territories,” the president pointed out, adding that it was instead “making every effort to contribute to the strengthening of their territorial integrity and political unity so that our neighbors can live in security and peace.”

“We will continue to do so. We act with the same aim in Syria as in Iraq,” Erdogan insisted.

On Tuesday, the Iraqi Foreign Ministry slammed the operation by Ankara as “a violation of its sovereignty and the sanctity of the country” that didn’t make Turkey look like a good neighbor. Iraq shouldn’t be “an arena for conflicts and settling scores for other external parties,” according to the ministry.

The Turkish Defense Ministry had said earlier that the incursion was needed to avert a large-scale attack on Turkish territory that was being prepared by the Kurdish forces.

It follows similar operations like Claw-Tiger and Claw-Eagle, which were staged by Ankara in northern Iraq in 2020.