As Ukraine greets its 31st year of independence, it finds itself fighting a war for its existential existence. It is not of war of its… Read More » 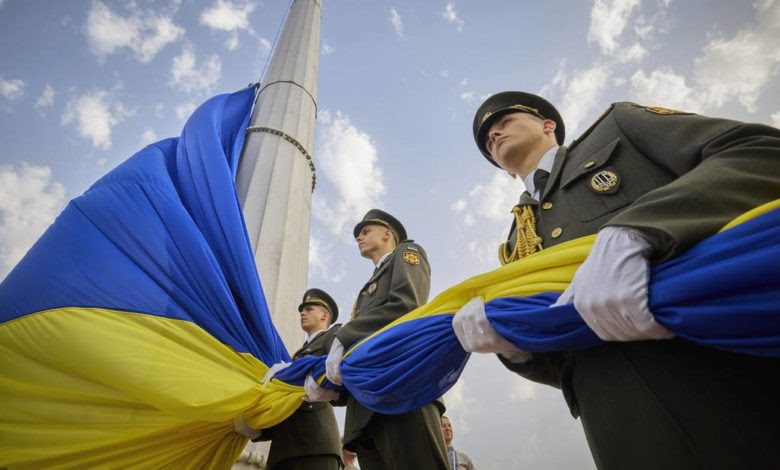 As Ukraine greets its 31st year of independence, it finds itself fighting a war for its existential existence. It is not of war of its choice or of its making and it is not a result of its belligerence, but a consequence of the imperialistic ambition of its neighbor who cannot except the new historic reality that will soon redefine the region’s existence.

However, Ukraine did make a choice of its own volition that confirms and defines its independence: It has chosen to resist Russia’s imperialistic ambitions thus affirming its sovereignty.

It decided on this way at a cost that still has not been fully enumerated. After six months of war that many assumed would last one week, what can be known for sure is that Ukraine will not under any conditions be occupied, submit itself to the political subjugation of Russia or compromise its political sovereignty.

This is not a war of independence. Ukraine is an independent, modern European and democratic nation.

Regardless of the continually changing military situation on the ground, Ukraine has already won the war against Russia. For if there is one truism that is daily revealing itself as it defends itself against a criminal authoritarian and genocidal neighbor, it is for the world to recognize that Ukraine will never submit itself to the dictates of the Russian world. Period.

What remains is for Ukraine to count its dead, to grieve them, and then return to the work of transforming its society into a modern, dignified and rules-based democratic state.

Ukraine’s resistance has upended long-held assumptions about the validity of the principle of “sphere of influence” in a post-Cold War world. Its resistance and sacrifice have earned it the right to make its own decisions over its sovereignty and the determination of its national destiny. It categorically rejects Russia and has chosen “Europe” and the political traditions of democracy.

Ukraine is not Russia and never will be. It never was. Despite decades, and even centuries, of Russian efforts and Soviet propaganda to distort Ukraine’s unique history and culture to influence the thinking of Ukraine as part of its empire, Ukraine is, by all definitions, a sovereign country.

This is a stubborn truth for many, and even for some Westerners, to accept, but it is, nonetheless true and that which cannot be denied. Ukraine’s present-time resistance to Russian ambitions and its willingness to sacrifice on the field of battle only further attests to its determination.

Ukraine will never submit itself to the imperial ambitions of Russia. It cannot. The values of Ukrainians, most notably their inherent genetic disposition towards freedom, will not allow for this to happen. Ukraine has proven and continued to resist against Putin’s fascism and the Russian military’s genocidal aggression on the field of battle. This can only harden this fact into the mentality of the Russian mind and that of Kyiv’s Western partners.

Russia’s arrogance and its political and economic isolation will probably lead to its weakening and ultimate demise. Its conception of the use of power has led to a revelation of the perversity of its power. This is yet another truism that has resulted from Ukraine’s existential critique of Russian chauvinism. Russia is a death culture and anti-human.

In this region, human rights leadership, modernity and change, along with pragmatic cultural and economic innovation has always emanated from Kyiv. History shows that it is Ukraine that determines the grand history of the region. This is a history that cannot be denied.

As the war ends in Ukraine, it will once again take up the opportunity to evolve on its historic European course. In winning the war, it will have evolved in its understanding of how its history and worldview will shape and ultimately determine the future of this region. Most important, it is within the context of this historic tradition that it will surely transform itself into a modern and democratic nation based on the primacy of human dignity and the rule of law.

Russia has never had such traditions and such values are both alien to Russians in regard to their psychology and societal practice. Russians, despite their periodic ambitions towards Europe, have always revealed that the essential nature of their civilization is deeply rooted in Asiatic despotism. Russia has never evolved into a country where there is respect for human dignity or the sovereignty of law as a basis for domestic political rule. Such essential ingredients simply do not exist within their genes.

The proof of this is evident as they attempt to destroy both a country and culture that aspires to transform itself into a society where individual freedom and the aspirations of its people are pointed toward national freedom and sovereign rules-based autonomy.

Putin understands this quite clearly. It is this that he fears. This is the reason that he wants to destroy Ukraine. He applies the only mechanism that the culture of Russia and the remnants of Soviet totalitarianism and authoritarianism allow him, that is; if you cannot control something or someone, you then destroy it, especially if it resists.

Russia, and Putinism in particular, are not builders of a society that provides a context for individual human progress, but are soul and life destroyers, death culture enthusiasts who consistently follow a road to subjugation, imposing serfdom upon all those who yearn to express their innate desire for freedom and sovereignty. This is also why they bomb hospitals, schools, and cultural institutions, and kill civilians. They are fearmongers and are responsible for the displacement of millions.

Post-Maidan Ukraine has chosen a path to freedom and as such is perceived as a threat to the present political order and the very existence of Russia as it is now formulated. The Russian Federation has lost the philosophical war against Ukraine, it just doesn’t realize it yet. Its nihilism is unable to even humanly justify its validity as it presently functions. For Putin and for a majority of Russians, war is freedom. 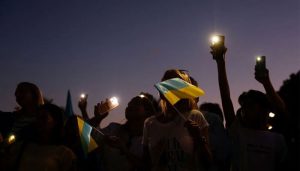 Peace seekers must accept a new formulation and understanding of an independent Ukraine. Ukraine’s sovereignty and independence are non-negotiable. This is the new reality. Ironically, this changed landscape was brought upon by an arrogant, risk-taking Putin when he started the war against Ukraine.

Ukraine is learning that independence, and the freedom that evolves from it, must be fought for and that the cost for freedom is a great one, both in blood and treasure. But it is clear that Ukraine and most of its people are willing to pay this price.

This very fact cannot be lost on its Western partners. In the fight for freedom, sovereignty and independence, there is no quarter to be given in the form of compromise. Ukraine can no longer be considered some “borderland” whose destiny and fate can be bargained for through compromise at some negotiating table.

An independent Ukraine is a historic fact. Empire thinkers must accept this new reality and act accordingly if a “geopolitical” peace is to be attained.

US denies involvement in sinking of Russian flagship 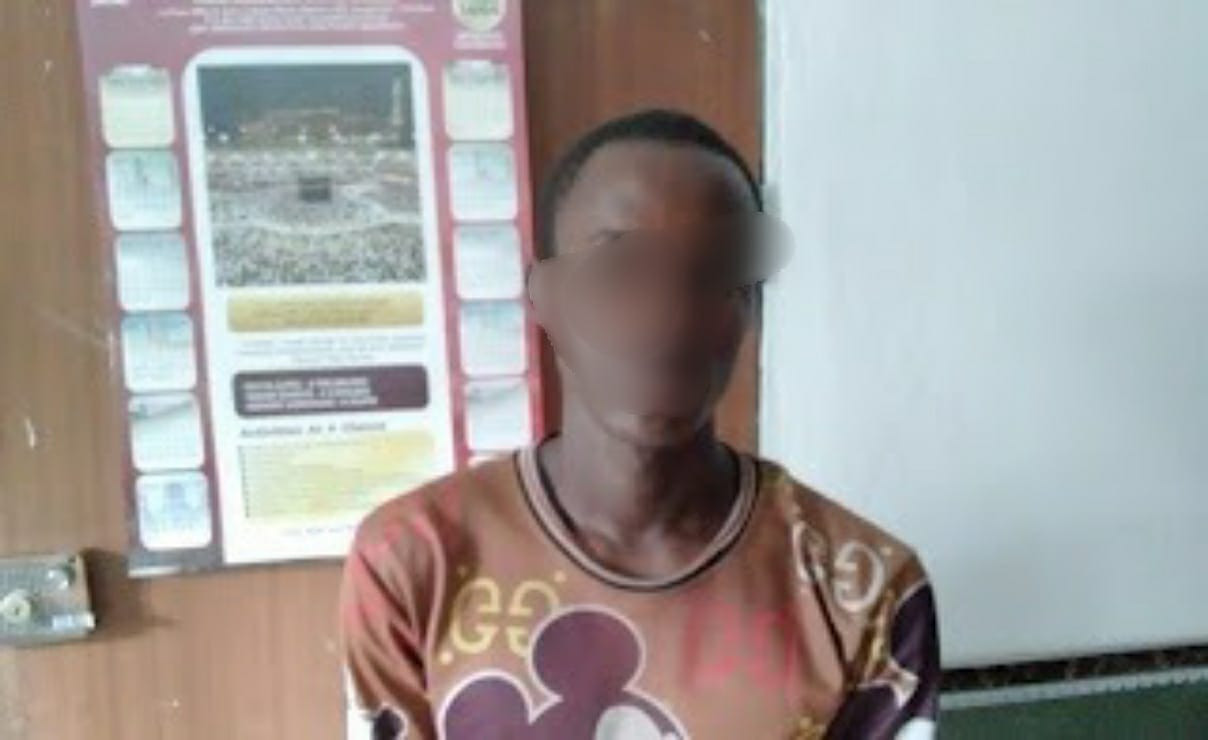 The police in Adamawa state have arrested a 19-year-old man identified as Hadi Maigari, for...

Members of a syndicate of currency racketeers hoarding and trading the redesigned... 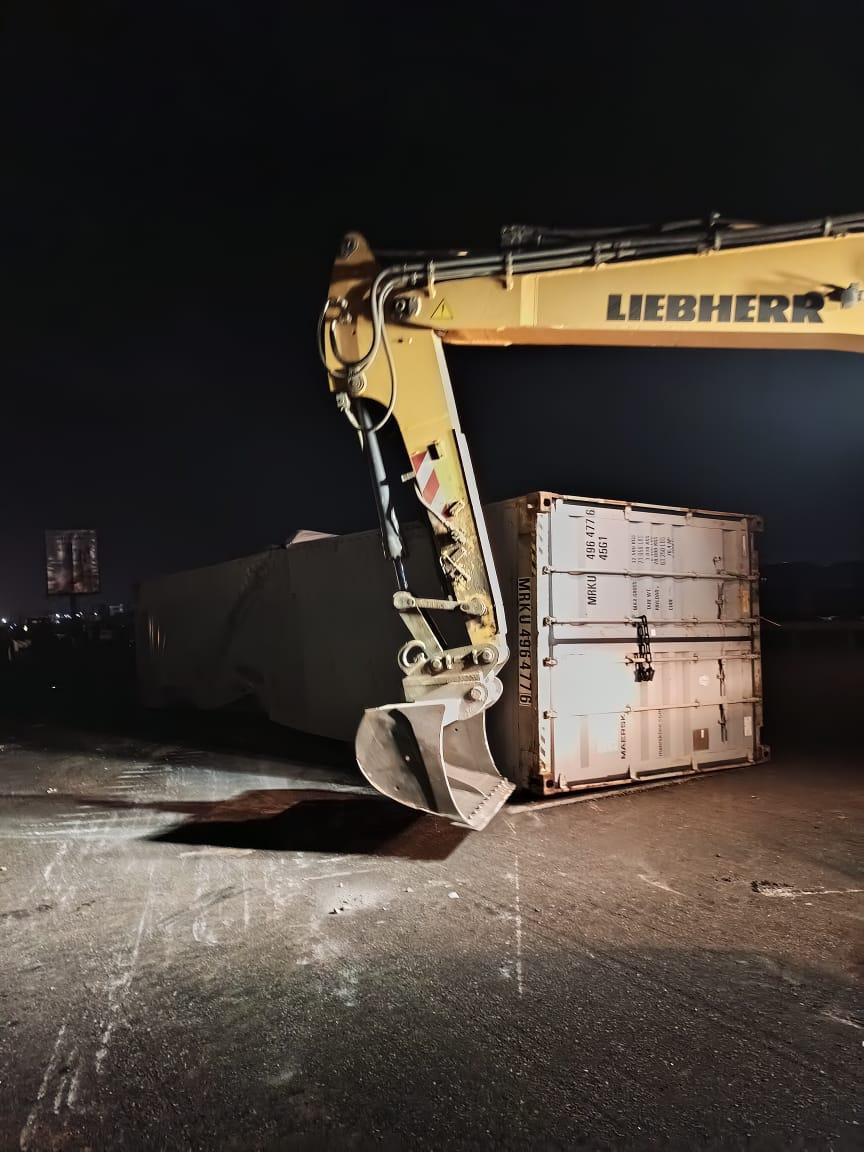 Tragedy was averted on Kara bridge section of the Lagos-Ibadan expressway after an...