US lagging on its Taiwan obligations – media

Washington has failed to deliver $14.2 billion worth of military equipment to Taiwan since 2019 due to complicated logistics, media reported Read Full Article at RT.com 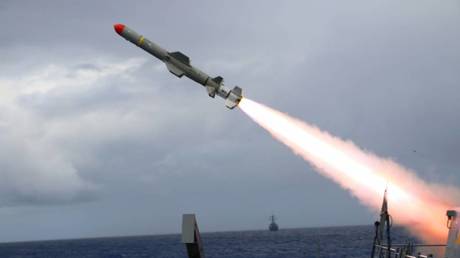 Despite Taiwan paying billions of dollars to US defense manufacturers, Washington has failed to honor its contractual obligations and still has not delivered $14.2 billion worth of military equipment that the island nation has ordered since 2019, according to a Defense News report published on Thursday.

Sourcing a congressional staffer, the outlet concluded that the delay has occurred due to the disruption of supply chains caused by the Covid-19 pandemic.

Meanwhile, some US lawmakers are concerned that the delay in Washington’s defense shipments has put Taiwan’s security in danger by undermining its ability to deter a potential Chinese invasion.

“We need to make sure that we provide Taiwan with the assistance that they need so that they’re not vulnerable to [Beijing’s aggression]. We best not forget about Taiwan because China’s actions have been more and more provocative,” stated US Representative Steve Chabot last week amid a special meeting dedicated to the three-year backlog.

According to a spreadsheet obtained by Defense News, Taiwan has paid $8 billion for 66 F-16 fighter jets but is still awaiting shipment of the aircraft. Other military equipment promised but never delivered include Patriot missile system components, Stinger missiles, heavyweight torpedoes, and high-mobility artillery rocket systems. Taipei has also been left without new reconnaissance pods and field information communications systems.

Last week, Taiwan’s envoy to Washington, Hsiao Bi-khim, spoke to members of the US House Foreign Affairs Committee and urged them to address the backlog. She has also called on lawmakers to invite Taiwan to participate in regularly held American naval exercises off the coast of Hawaii.

Taiwan is an independent island nation located in the Pacific Ocean, 95 miles away from continental China. Most countries do not have official diplomatic ties with Taipei since Beijing considers the island as a part of its territory and is seeking its reunification with mainland China. The United States has long been committed to protecting Taiwan’s independence.

Stolen $110,000 violin discovered near trash can