WHO boss calls out double standards over Ukraine

WHO boss Tedros Adhanom Ghebreyesus has shared his frustration over other conflicts not getting as much attention as the events in Ukraine Read Full Article at RT.com 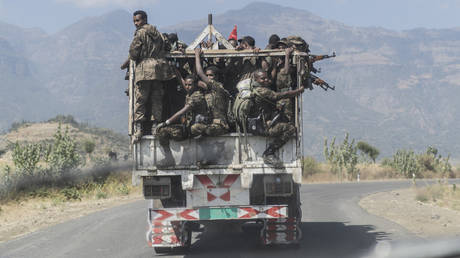 The Director-General of the World Health Organization (WHO), Tedros Adhanom Ghebreyesus, has shared his frustration that conflicts in other parts of the world – including his home country of Ethiopia – don’t get as much attention internationally as the events in Ukraine.

“I don’t know if the world really gives equal attention to black and white lives,” he said during a virtual press conference on Wednesday.

The crisis in Ukraine deserves attention as “it impacts the whole world,” he acknowledged, but added that “even a fraction of it isn’t being given to Tigray [in Ethiopia], Yemen, Afghanistan and Syria and the rest. A fraction.”

“I need to be blunt and honest that the world is not treating the human race the same way. Some are more equal than others. And when I say this, it pains me. Because I see it. Very difficult to accept but it’s happening,” the WHO boss pointed out.

The Russian military offensive in Ukraine has been leading headlines everywhere around the globe for almost two months. It has prompted the US, EU and their allies to slap draconian sanctions on Moscow and organize deliveries of weapons and humanitarian aid to Kiev. Numerous international brands – from Apple to McDonald’s – have also suspended their operations in Russia.

Adhanom Ghebreyesus noted that in his home country of Ethiopia, “in effect, the siege by the Ethiopian and Eritrean forces” of the breakaway region of Tigray continues.

People in Tigray are at risk of starvation due to not getting enough humanitarian aid and are treated harshly by their opponents, he pointed out. “People are being burned alive... because of their ethnicity... without any crime.”

But the bloody conflict, which has been underway since 2020 after the federal government launched a military operation against the rebel separatist group, the Tigray People’s Liberation Front (TPLF), just doesn’t seem to interest the international community too much, according to the official.

“I hope the world comes back to its senses and treats all human life equally… because every life is precious,” he insisted.

It’s not the first time that Adhanom Ghebreyesus has sounded the alarm over inequality on a global scale.

During the height of the Covid-19 pandemic last year, he slammed wealthy nations for hoarding vaccines for themselves and leaving poorer countries empty handed. Such behavior wasn’t just unfair, but also counterproductive in terms of tackling the spread of the virus, he said.

US to set up naval task force near Yemen